Home / About us / Jubilee

2016 is a jubilee year for the company KGHM Polska Miedź S.A.

The company celebrates 55 years of its existence. On 1st May 1961 the enterprise named "Lubin w budowie"  ["Lubin under construction"] was transformed into The Copper Mining-Smelting Combine in Lubin [Kombinat Gorniczo-Hutniczy Miedzi w Lubinie]. The aim of this combine was a construction of mines, ore dressing plants, steelworks and auxiliary buildings.

This year there is also the 20th anniversary of the Tailings Plant "Żelazny Most" ["Iron Bridge"'] , where extractive waste is stored. The Object for Disposing Extractive Waste "Żelazny Most" is a key element of a technological chain of copper production in Poland. It is at the same time the biggest object of this type in Europe and second biggest in the world. The name is derived from the place where it is located. The plant is situated within the territory of three localities: Polkowice, Rudna and Grębocice.

Another jubilee that KGHM celebrates this year is the 20th anniversary of joining the mines in Polkowice and Sieroszowice. As part of restructuring action, a joining of two mines occurred on 1st January 1996. This transformation facilitated management, made resource management more rational and enabled to implement more effectively a technology of mining  thin deposits.

The youngest division of KGHM  -  the Data Center - also has it jubilee and celebrates its 15th anniversary. It is an ICT competence centre for the KGHM Polska Miedź S.A. Capital Group. The Center is a main provider and coordinator of ICT services and a leading partner of the Company's managers which assists in a fulfilment of business needs with a help of ICT tools.

Read about our history 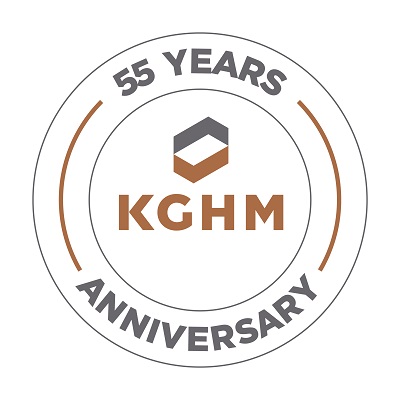